Letters From a Science Giant 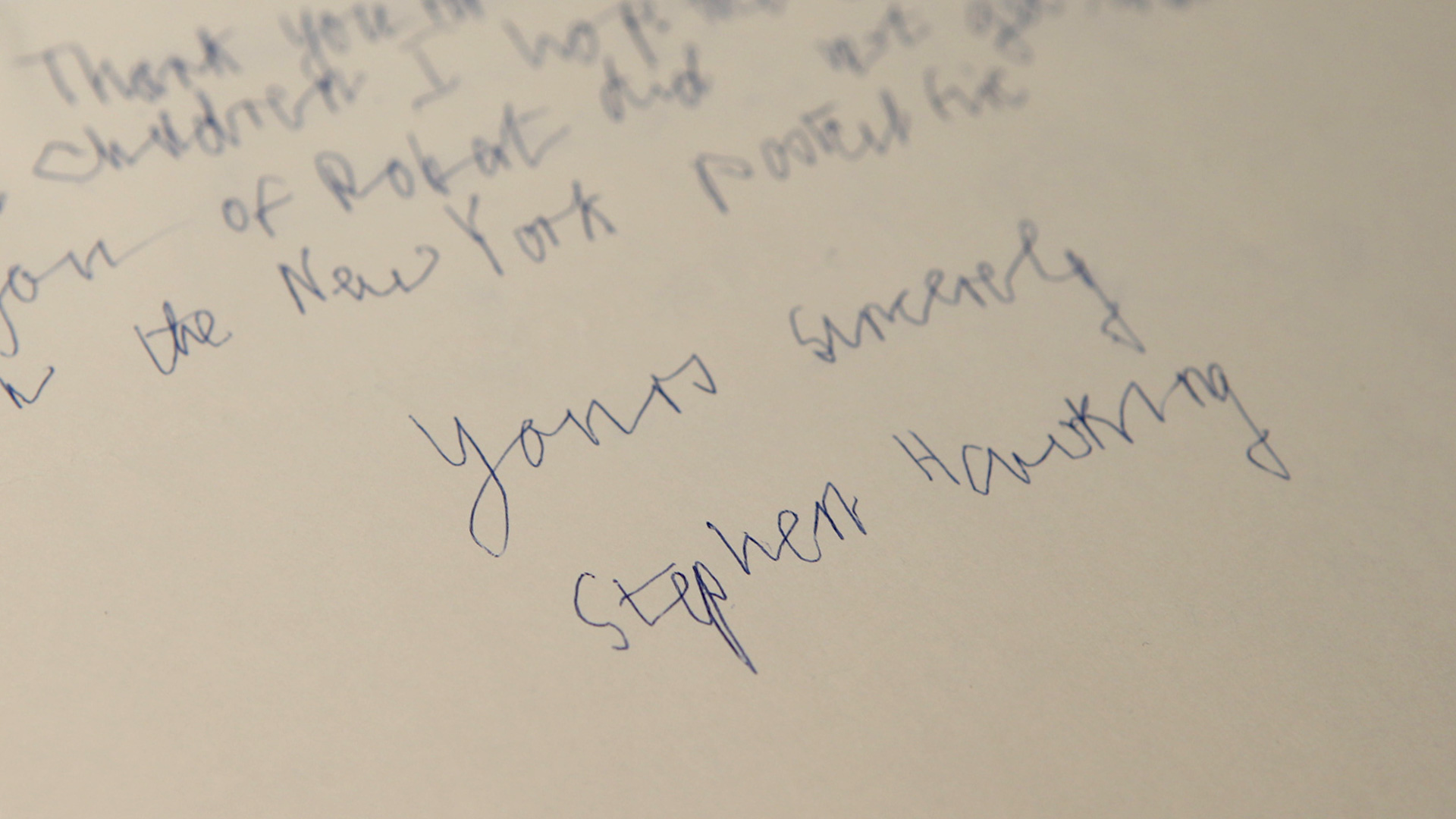 A handwritten letter from famed physicist Stephen Hawking to UMD physics Professor Emeritus Charles Misner in the late 1960s is one of the items being auctioned to create an endowment to support study in the field both specialized in—gravitational physics. (Photo by John T. Consoli)

They go on to talk about kids, explore recent theoretical ideas and even ask whether reimbursement for a recent trip to the University of Maryland was coming through. Job references are also a big topic—typical for correspondence between two academics.

Far from typical was their author: Stephen Hawking, the brilliant physicist who became a popular author, a science advocate and an international symbol of perseverance in the face of his crippling Lou Gehrig’s disease.

Now the letters—donated by their recipient, UMD physics Professor Emeritus Charles Misner—are being auctioned to create an endowment in the College of Computer, Mathematical, and Natural Sciences.

Hawking wrote the letters between 1967 and 1970. He’d hit it off with Misner, a fellow physicist studying Einstein’s theory of gravitation, while the American scientist was on a fellowship at the University of Cambridge.

Soon after, Hawking brought his family to Maryland to stay at Misner’s home and spend time at UMD. Misner’s research group was immersed in the theoretical study of gravitation, while UMD Physics Professor Joseph Weber was leading a charge to experimentally detect gravitational waves in space-time—something predicted by Einstein’s theory that even Einstein doubted could be found.

In correspondence that followed the visit, among other things, Hawking asked Misner for job referrals. “Not that I was smarter than him—but I was older,” Misner cracked in a recent interview.

Even in the late ’60s, despite the increasing physical limitations brought on by his ALS, it was clear Hawking was headed for greatness, Misner said. Through the years, the two and their families continued meeting up during fellowships, at conferences and elsewhere, although communication for Hawking became more and more labored, Misner said. Hawking died in March 2018.

Last year, when the Department of Physics was seeking funds for a memorial to Weber—who failed in his personal quest to observe gravitational waves, but laid the critical groundwork for a later experiment that would succeed—Misner remembered the letters. Departmental staff helped ransack his overstuffed office, finally turning up four letters that were auctioned by Christie's, which will create an endowment in honor of Weber to support research in gravitational physics. The auction just closed on May 23, 2019, and the letters sold for a total of 228,750 GBP.  After commissions, this should endow the Weber fund with approximately $260,000.