Alan Henry is a respected tech writer at Wired who also worked for PC Magazine, Lifehacker, and even The New York Times, making his mark as a journalist covering technology and science. But years ago, long before Henry began writing articles to help people understand the role of technology in their lives—or even thinking about becoming a journalist—his sights were set on a different life mission entirely.

“When I was a child, I insisted that I was gonna be an astronaut,” Henry explained. “I always knew I was going to study space science. I wanted to be an astronomer. My parents gave me books about the stars and the planets and telescopes and the space shuttle program. I had press photos of astronauts from NASA on my wall the same way that other kids would have superheroes. That’s kind of how I was.”

In 1997, when Henry came to the University of Maryland for college, his heart was still set on a career in space. And he knew studying physics and astronomy would help get him there 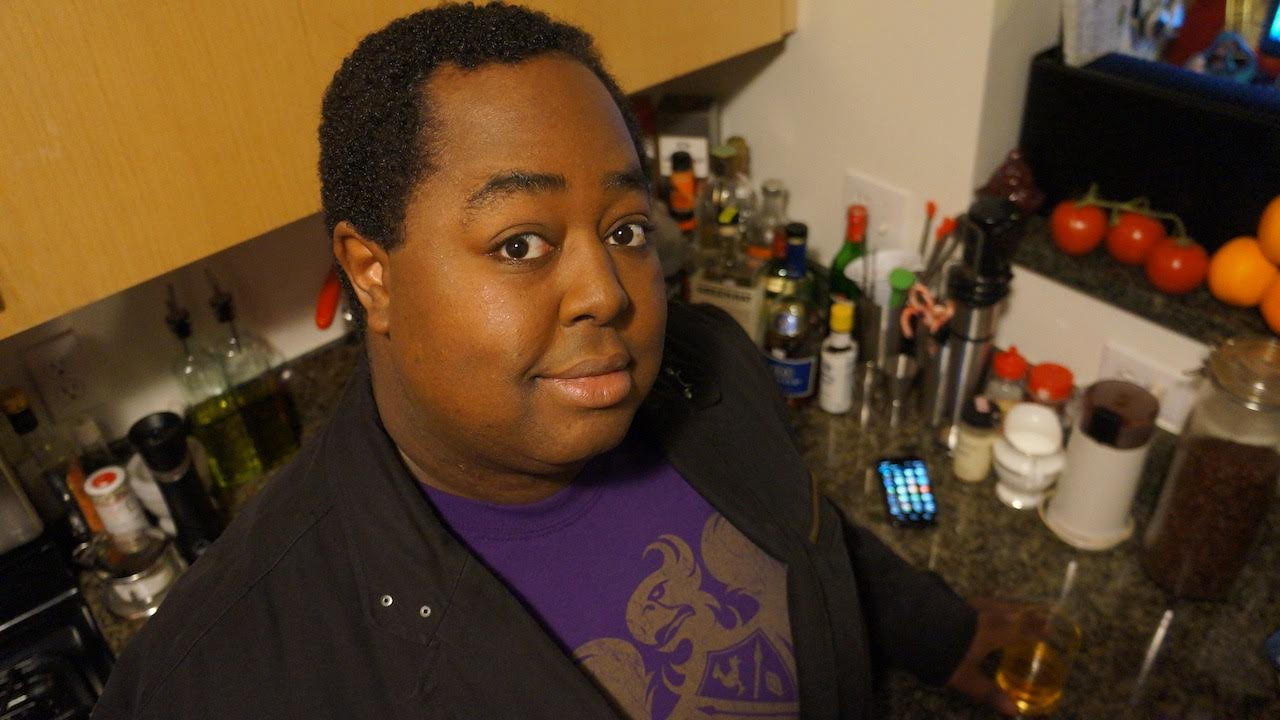 “By then, I didn’t necessarily want to be a professional astronaut, but as I was studying physics and astronomy at UMD, I kept thinking about what it would be like to essentially run an observatory in space,” Henry said. “And I was like, that’s the future I want to work towards. I want to be a scientist who’s based on the moon and I want my telescope on the moon and that’s what I want to do with my life.”

But during Henry’s time at Maryland, things happened that began to change his thinking. He started working as a tech for UMD’s Division of IT and he took advantage of an opportunity to redesign the Department of Astronomy’s website. And after three years working as a resident assistant, he discovered an unexpected passion for video games.

“Some of my residents, people I was supposed to be supervising, they were super into video games,” Henry recalled. “I would sit in their room and just watch them play video games because I thought it was the most enchanting thing to look at. I just fell in love with video games. Up to that point, the only purpose the computer in my room had was to write papers.”

More and more, Henry found himself connecting with technology and enjoying it. And his plans for the future began to change.

“I decided maybe technology was my way to help not just everyone around me, but especially the scientists around me, do better work,” he said. “Maybe technology’s the place where my talents are best served.”

By the time Henry graduated from Maryland in 2002, he’d found a comfortable place in the world of tech. He went from working at the help desk at UMD to a challenging new position working with the National Institutes of Health.

“I was working for a contractor that had the tech contract for the National Cancer Institute,” Henry explained. “My entire job was working alongside scientists and making sure their technology needs were met, and it was an extremely rewarding job. Eventually I kind of grew out of crawling under desks and fixing computers, so I decided I wanted to do more in that field.”

In 2003, Henry went back to school at what is now called University of Maryland Global Campus to get an MBA, and then he became a project manager for Merkle, a data-driven customer experience management company in Columbia, Maryland. In his spare time, he started to write.

“The blogging craze was starting up on the internet,” Henry recalled. “People were talking about their love of technology and their love of science and the things they were passionate about. I started my own little blog about gadgets and tech and science.”

“An editor at PC Magazine reached out and said, ‘Hey, you seem to be able to communicate with people, you seem to have some interest in this, do you want to write for us?’ And I said, ‘Sure,’” Henry explained.

It was just a part-time writing gig at first, but Henry quickly realized he’d found his niche.

“It was a kind of side hustle that got me thinking about using the skills that I learned up to this point to communicate these complex ideas in tangible and understandable ways,” Henry said. “And readers could kind of take away and kind of feel more literate and feel more informed without necessarily talking down to them. And that’s kind of how I made the switch from tech to journalism.”

Freelancing at PC Magazine led to a job as an editor at Lifehacker, where Henry spent several years spearheading much of the site’s science-forward coverage and was eventually named editor-in-chief. When Lifehacker’s parent company, Gawker, went bankrupt, it set the stage for Henry’s next move.

“I had a friend at The New York Times who had been a big fan of Lifehacker and he decided they wanted that kind of energy so he just pulled me over,” Henry explained. “And I was at The New York Times for 3 or 4 years working on the Smarter Living project. Smarter Living was designed to do two things: Publish great service journalism that helped The Times’ readers make tangible improvements to their lives but didn’t necessarily fit with a specific section or area of coverage that The Times already had and also to work across the entire paper to show other editors that service journalism should be core to their beats. From politics to climate, people want to know how that news affects them, and what they can do or learn that will help them be more informed, active and fulfilled.”

In April 2020, Henry went to work for Wired, recruited by the web editor, a colleague from Henry’s Gawker days who made him an offer he couldn’t refuse.

“He reached out to me and said, ‘We really want to do this thing that you’ve always been interested in, which is distilling complicated technology, complicated science, complicated kind of forward-thinking futurism down in a way that people feel they can relate to’ and he gave me a great opportunity to kind of build something new here,” Henry recalled.

For Henry, the service editor position at Wired, which also involves writing regularly about video games, fits perfectly with the kind of journalism he enjoys most—stories that teach people about the role of technology in their daily lives.

“Whether it’s a tangible benefit that a reader can get out of reading a piece like how to fix my computer fast, or how to find music and audiobooks to listen to fast, or we have all this great information about the COVID-19 pandemic, how do we distill this into something that a reader can look at and act on, these are the kinds of stories I like to write,” he explained.

And though Henry jokingly describes himself as a “recovering physicist,” the knowledge he gained studying physics at UMD is at the foundation of everything he does.

“There is something uniquely important about having a basic understanding of not just the physical world, but basic training in science that kind of shapes your perceptions of things around you,” Henry observed. “You can take the kid out of physics, but you can’t take physics out of the kid. My training in physics teaches me that these complex topics that people think are intractable are not that at all. You just need to break them down to poke and prod and examine them until we find things that we do understand that will kind of give us a string that we can use to unravel the rest.”

Last year, Henry took on something new—writing his first book, based on an article he wrote for The New York Times.

“It’s tentatively titled Productivity Without Privilege. The book is supposed to be an examination of productivity tips and tricks for people who are otherwise normally marginalized in the workplace,” Henry explained. “It was inspired in some ways by my own experiences where I would meet people and also work around people who were judged differently—not based on talent, but based on who they were, sometimes their ethnic background, a lot of times their class background or race or gender.”

More than just his own experiences, in many ways the book was inspired by what he saw going on in the world around him.

“When I looked around and I saw the #MeToo movement and I saw people speaking out about the conditions at their workplaces, I thought this is the time to do this,” Henry said. “And luckily, I had a wonderful editor at Random House who reached out to me after the article and said, ‘We want to make this a book.’ Really writing the book is my next big challenge.”

Now living in New York, Henry enjoys exploring the city when he has the chance and still loves playing video games as much as he did in college. And on the weekends, it’s a good bet you’ll find him in the kitchen.

“One thing people don’t know about me is exactly how much I love to cook,” Henry said. “I don’t talk too much about it because when you work side by side with people like Sam Sifton, the food editor of The New York Times, you don’t really think too much of your own cooking expertise, but I will spend hours on the weekend just poking and prodding the perfect roast. As much as I’m into physics and tech journalism, I’m also extremely into cooking. Cooking’s still science; it’s just science from a different perspective.”

For Henry, seeing science from a different perspective has fueled a successful, and sometimes unexpected, career path for nearly 20 years. What’s next?

“I’ve had so many moments when I thought my career peaked and there was nowhere for me to go that it’s hard for me to even answer that question,” Henry said. “I thought I was at a peak when I was chief of a website, I thought I was at a career peak when I was at The New York Times, and now working at Wired as well. I’ve kind of made it my mission to help people understand complicated topics, especially when it comes to technology and science. I definitely just want to continue that—making the very difficult to understand easy to understand.”