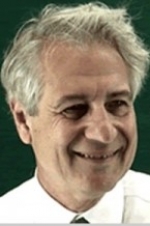 He is a Fellow of the American Physical Society since 1974 and a corresponding member of the International Academy of Aeronautics and Astronautics. He has received numerous scientific and publication awards, holds eight patents, serves in many national and international boards, and consults extensively with industry, government and non-profit organizations on science, technology and national security issues. In 2009 he was honored with a Festschrift; one-week international symposium in his native Greece, attended by over 100 leading scientists.

Many of his major research accomplishments are related to directing interdisciplinary, critical mass efforts that included state of the art computing to address space physics issues. During 1969 to 1979, while at NRL, he originated the concept of multi-fluid codes with self-consistent anomalous transport. These codes provided the capability to simulate the ionospheric effects of high-altitude nuclear weapon explosions. Between 1980-1986 as P.I. of NASA's STTP program, he directed the University of Maryland effort that using "hybrid codes" resolved the key physics issues of the earth's collisionless shock and of high Mach number shocks in general. During the period 1990-2003, he was the P.I. for theory and modeling in the ISTP mission, a mission that involved more than 12 satellites. He was instrumental in conceiving and promoting the $300M HAARP ionospheric heating facility located in Alaska. The facility was completed in 2003 and received DARPA award as the most innovative project of the year. During the period 2007-2013 he was P.I. of the Multi-University Research Initiative (MURI) on the "Fundamental Physics Issues on Radiation Belt Dynamics and Remediation", a $ 7.5 M program that involves theory and modeling, laboratory and space experiments. He is currently co-PI of the AFOSR – MURI “Mobile HF Sources for Ionospheric Modifications” - $ 7.5 (2013-2019).

Papadopoulous has published over 280 papers in refereed scientific journals, edited two books, owns 8 US patents and presented over 160 invited lectures in National and International meetings. His work was cited over 13000 times and according to Google his h-index is 57. He has supervised 20 PhD students and over 40 post-doctoral fellows.