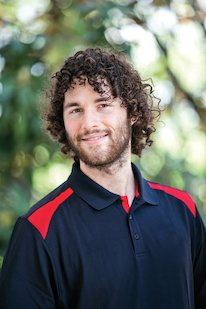 From publishing in physics journals to performing at an international piano festival in Italy, Gregory Ridgway’s talents are as diverse as his experiences at UMD.

Graduating with a 3.98 GPA and three degrees—in physics, mathematics and piano performance—Ridgway’s ability to think both logically and creatively will be the foundation of his ambition to become a theoretical physicist.

“There are so many different ways to look at the world,” he says. “I could never just settle into one.”

A recipient of Banneker/Key and National Merit scholarships, the native of Silver Spring, Md., has applied himself on and off campus in the arts. An organist, Ridgway works as director of music at Ager Road United Methodist Church in Hyattsville, and performed at the Amalfi Coast Music and Arts Festival and the International Keyboard Institute and Festival. He played with the Baltimore Symphony Orchestra and participated in UMD’s Music and Film series, which sets new scores to old silent films.

“I’ve been treated very well by Maryland,” Ridgway says. “If I had the desire, they had the resources.”

He began taking graduate classes as a junior, and helped author four articles published in Physical Review D and the Journal of High Energy Physics. Ridgway worked mostly in lattice physics, which explores concepts such as subatomic forces, neutron stars and the dynamics of the early universe.

“The daily interaction with someone of Greg’s breadth of culture is a joy in itself,” says UMD physics professor Paulo Bedaque. “One should ‘discover something, learn something and teach something every single day.’ I know no student who embodies this spirit better than Greg.”

The National Science Foundation awarded a graduate research fellowship to Ridgway, who will pursue a doctorate in physics at the Massachusetts Institute of Technology. He hopes to one day make an important contribution to science and has found great joy working alongside brilliant people who are painstakingly doing the incremental progress necessary to understanding our world.

“I love the work,” he says. “Each small problem we solve deserves a celebration.”