Nick Chant, a nuclear physicist at UMD for 35 years, died earlier this month in Minnesota, where he moved after his 2007 retirement.

A native of England, Chant attended Downing College Cambridge for his B.A. and M.A., and earned his D.Phil. at Lincoln College Oxford in 1966.

He then accepted an appointment as a Research Fellow in the Nuclear Physics Lab in Oxford. In 1968, he moved to the University of Washington, followed by two years at the University of Minnesota, before joining UMD in 1972 as an assistant professor. In this department, he held several key roles, serving as Associate Chair for Facilities and Personnel as well as Associate Chair for Graduate Studies.

Chant researched electro-weak studies of the nucleon, quasi-free knockout reactions using strongly interactng projectiles, and spin dependence in direct nuclear reactions.  He was the author of a program for computing knockout, transfer, and other reactions, and assisted researchers in many other laboratories to interpret similar reactions by teaching them to use the program or by adding features tailored to their needs.

While serving as Associate Chair for Graduate Education, Chant overhauled admission procedures and was an active advisor of first and second year graduate students.  In 2007, he received the department's George A. Snow Award, which recognizes an individual who helps to advance the representation of women in the field of physics.

A memorial has not yet been scheduled. 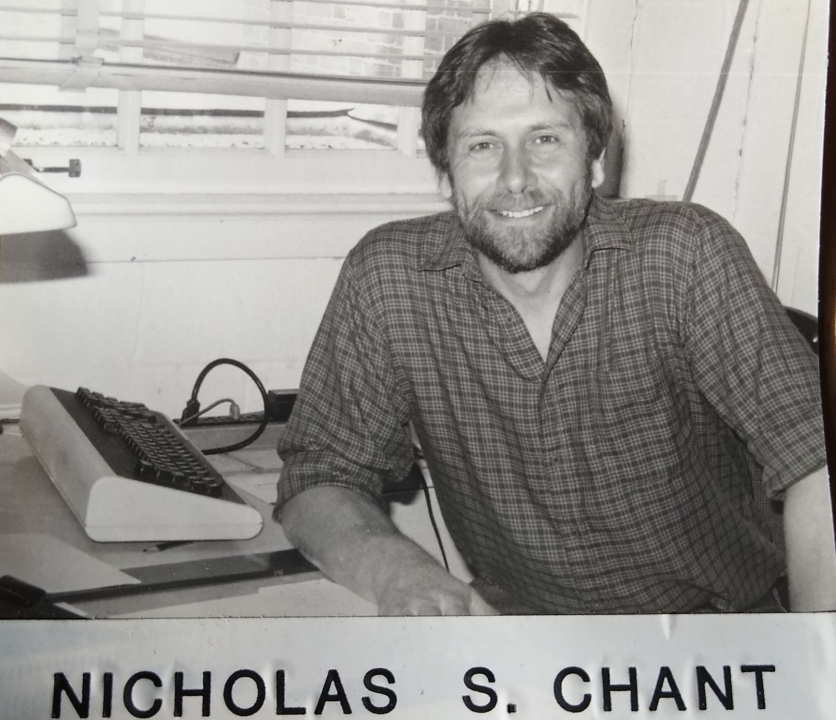