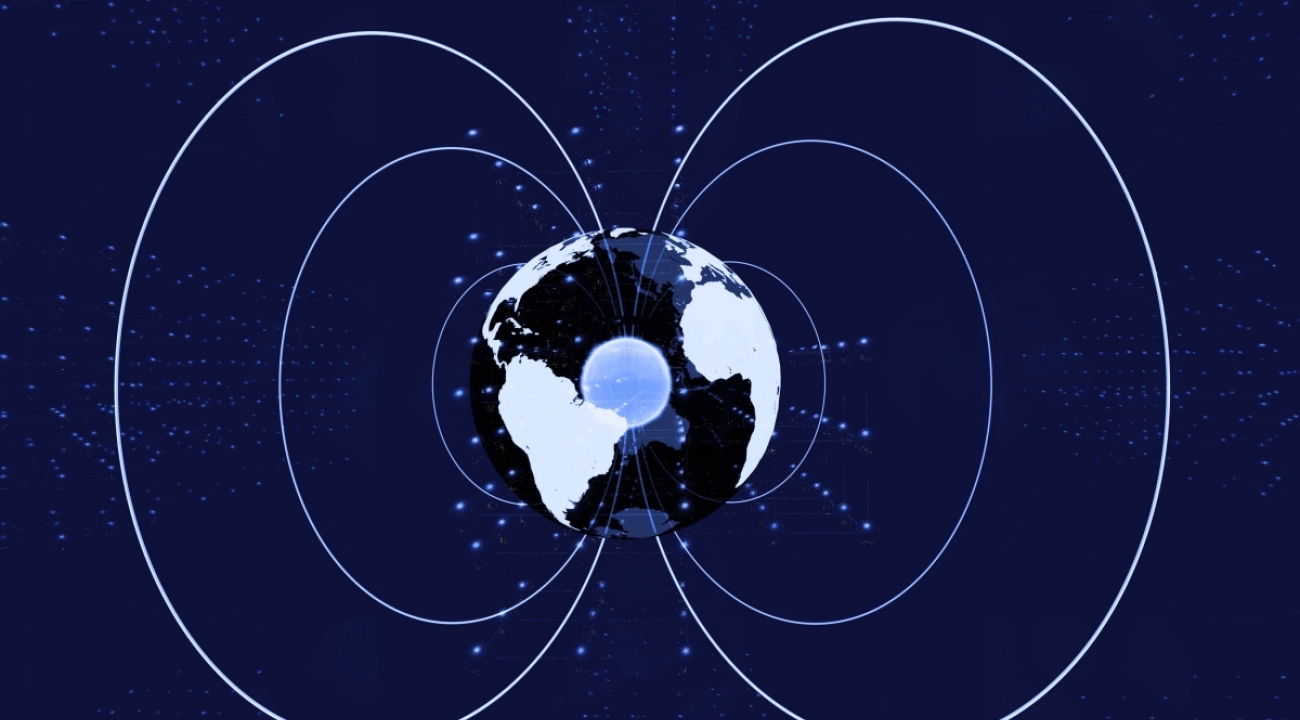 A powerful engine roils deep beneath our feet, converting energy in the Earth’s core into magnetic fields that shield us from the solar wind. Similar engines drive the magnetic activity of the sun, other stars and even other planets—all of which create magnetic fields that reinforce themselves and feed back into the engines to keep them running.

Much about these engines, which scientists refer to as dynamos, remains unknown. That’s partly because the math behind them is doubly difficult, combining the complex equations of fluid motion with the equations that govern how electric and magnetic fields bend, twist, interact and propagate. But it’s also because lab-bound dynamos, which attempt to mimic the astrophysical versions, are expensive, dangerous and do not yet reliably produce the signature self-sustaining magnetic fields of real dynamos.

Now, Victor Galitski, a Fellow of the Joint Quantum Institute (JQI), in collaboration with two other scientists, has proposed a radical new approach to studying dynamos, one that could be simpler and safer. The proposal, which was published Oct. 25 in Physical Review Letters, suggests harnessing the electrons in a centimeter-sized chunk of solid matter to emulate the fluid flows in ordinary dynamos.

If such an experiment is successful, it might be possible for researchers in the future to study the Earth’s dynamo more closely—and maybe even learn more about the magnetic field flips that happen every 100,000 years or so. "The dynamics of the Earth’s dynamo are not well understood, and neither are the dynamics of these flips," says Galitski, who is also a physics professor at the University of Maryland. "If we had experiments that could reproduce some aspects of that dynamo, that would be very important."

Such experiments wouldn’t be possible but for the fact that electrons, which carry current through a material, can sometimes be thought of as a fluid. They flow from high potential to low potential, just like water down a hill, and they can flow at different speeds. The trick to spotting the dynamo effect in an electron fluid is getting them to flow fast enough without melting the material.

"People haven’t really thought about doing these experiments in solids with electron fluids," Galitski says. "In this work we don’t imagine having a huge system, but we do think it’s possible to induce very fast flows."

Those fast flows would be interesting in their own right, Galitski says, but they are especially important for realizing the dynamo effect in the lab. Despite the many lingering unknowns about dynamos, it seems that turbulence plays a crucial role in their creation. This is likely because turbulence, which leads to chaotic fluid motion, can jostle the magnetic field loose from the rest of the fluid, causing it to twist and bend on top of itself and increase its strength.

But turbulence only arises for very fast flows—like the air rushing over the wing of an airplane—or for flows over very large scales—like the liquid metal in the Earth’s core or the plasma shell of the sun. To create a dynamo using a small piece of solid matter, the electrons would need to move at speeds never before seen, even in materials known for having highly mobile electrons.

Galitski and his collaborators think that a material called a Weyl semimetal may be able to host an electron fluid flowing at more than a kilometer per second—potentially fast enough to generate the turbulence necessary to bootstrap a dynamo. These materials have received broad attention in recent years due to their unusual characteristics, including anomalous currents that arise in the presence of magnetic fields and that may reduce the speed required for turbulence to emerge.

"It might seem that turbulence isn’t particularly extraordinary," says Sergey Syzranov, a co-author and former JQI postdoctoral researcher who is now an assistant professor of physics at the University of California, Santa Cruz. "But in solids it has never been demonstrated to our knowledge. A major achievement of our work is that turbulence is realistic in some solid-state materials."

The authors say that it’s not yet clear how best to kickstart a dynamo on a small sliver of Weyl semimetal. It may be as simple as physically rotating the material. Or it could require pulsing an electric or magnetic field. Either way, Galitski says, the experimental signature would show a totally nonmagnetic system spontaneously form a magnetic field. "Controlled experiments like these with turbulence in electrons are totally unheard of," Galitski says. "I can’t really say what will come out of it, but it could be really interesting."

Mehdi Kargarian, a former JQI postdoctoral researcher who is now an assistant professor of physics at the Sharif University of Technology, was also a co-author of the new paper.

Read more information on this and the Joint Quantum Institute.