In January 2021, the University of Maryland’s Department of Physics and the National Institute of Standards and Technology (NIST) hosted the third Conference for Undergraduate Underrepresented Minorities in Physics (CU²MiP). The conference launched in 2016 to address the historically low representation of minorities in the physics community.

Though COVID-19 required an online gathering this year, organizers adapted and expanded the program in significant ways, offering a research panel on quantum science, helpful videos and an entire slate for high school students.

“The quantum panel and quantum speakers for both undergrad and high school were very well received,” said Donna Hammer, director of education for the Department of Physics. Among the speakers at the quantum panel was alumna Ana Maria Rey (Ph.D. ’04), recipient of a MacArthur “genius” grant.

CU²MiP videos included several lab tours, as well as interviews with UMD students explaining their choice and enjoyment of physics. 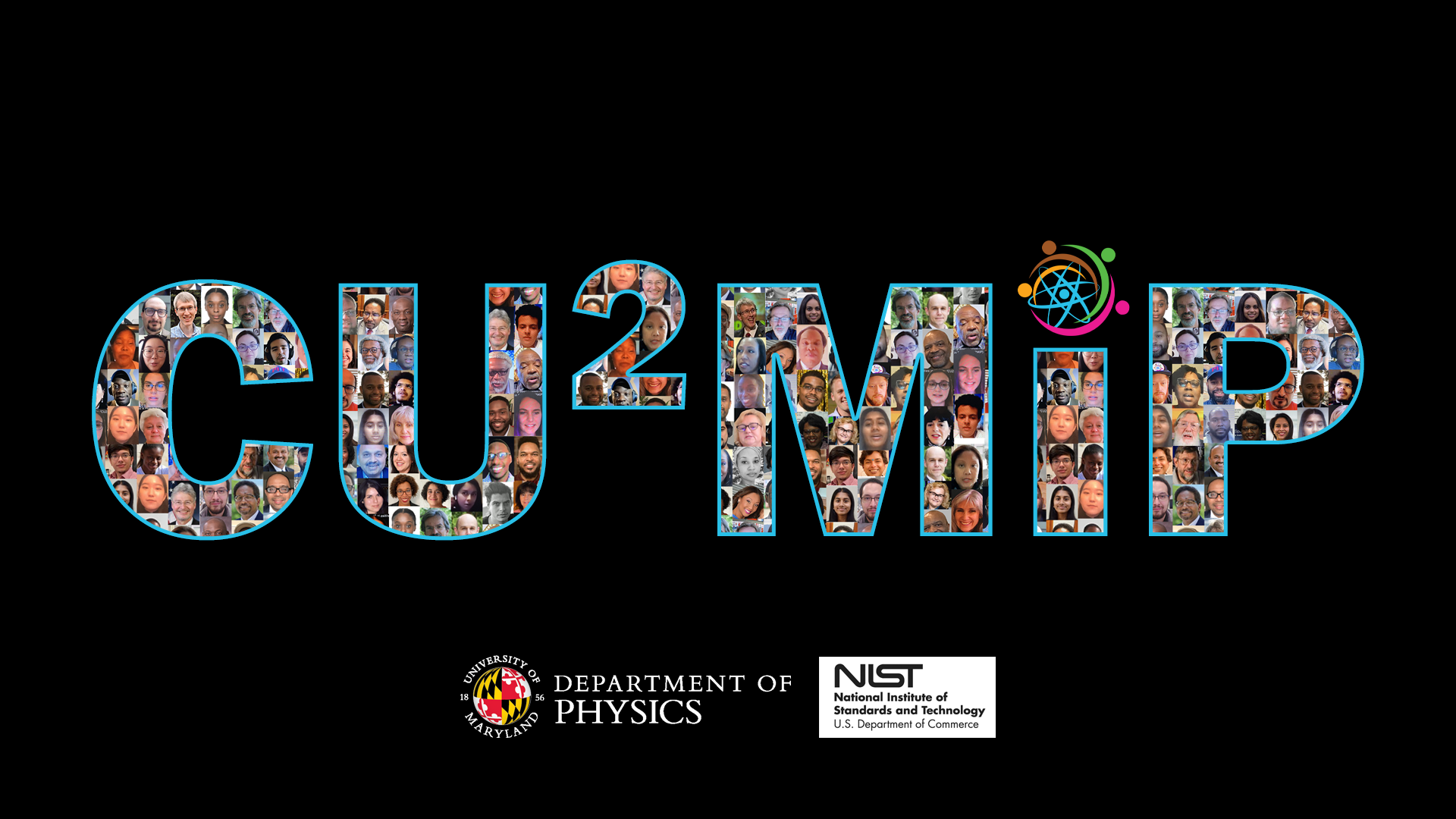 Other CU2MiP highlights included a fireside chat where College Park Professor Sylvester James Gates Jr. was interviewed by his daughter, Delilah Gates (B.S. ’15), who is now a physics Ph.D. candidate at Harvard University. The elder Gates mentioned events in his life that helped him succeed as a physicist and contribute to society. He also addressed “imposter syndrome,” which is a sense of not belonging or being good enough, and discussed ways that students might overcome it.

Jorge Ramirez Ortiz and Daniel Serrano of UMD gave a presentation on Rostros Físicos, a new multimedia celebration of the successes of Latinx/Latin American physicists across all stages of the scientific career path.

Fostering collegiality has always been a primary CU²MiP goal, and this year’s virtual gathering continued this emphasis.

“It was great to meet people and I found all of the speakers inspiring and engaging!” wrote one participant. Another expressed gratitude for the conference, noting, “I spoke with a lot of supportive people on the prospects of research.”

"As an educator, I will be taking a lot of what I learned back to my students, especially from the diversity workshops,” she said. "All the sessions that I attended were all really engaging, well planned and well executed."

Cindy Hollies, a teacher who has led many UMD physics summer programs, wrote, “I logged out of the conference on Sunday evening feeling proud and impressed with the young people leading the future of physics and amazed at the inspiring opportunities this conference presented for high school students. May there be many more such conferences.”

Hammer observed that high school students learned about the many career opportunities opened by degrees in physics. As one student wrote, “…although I have taken a physics class, I didn't know much about its applications. I am very excited to take more related classes in college.”

Rolston, the department chair, was pleased with the undergraduate program and the extended efforts for high school students.

“We are grateful to everyone who contributed to CU²MiP,” he said. “Studying physics is a great path, not only to research and teaching careers, but to an extremely wide range of interesting professions. And the discipline itself helps develop a discerning way of seeing the world.”

"CU²MiP is a catalyst for change,” summarized Hammer. “The outcomes of each conference inspire me to keep moving forward and to know, not just believe, that real, positive change is possible and happening right now. As one student said to me, ‘This conference showed me that with each day I study physics, I'm part of the solution.’”